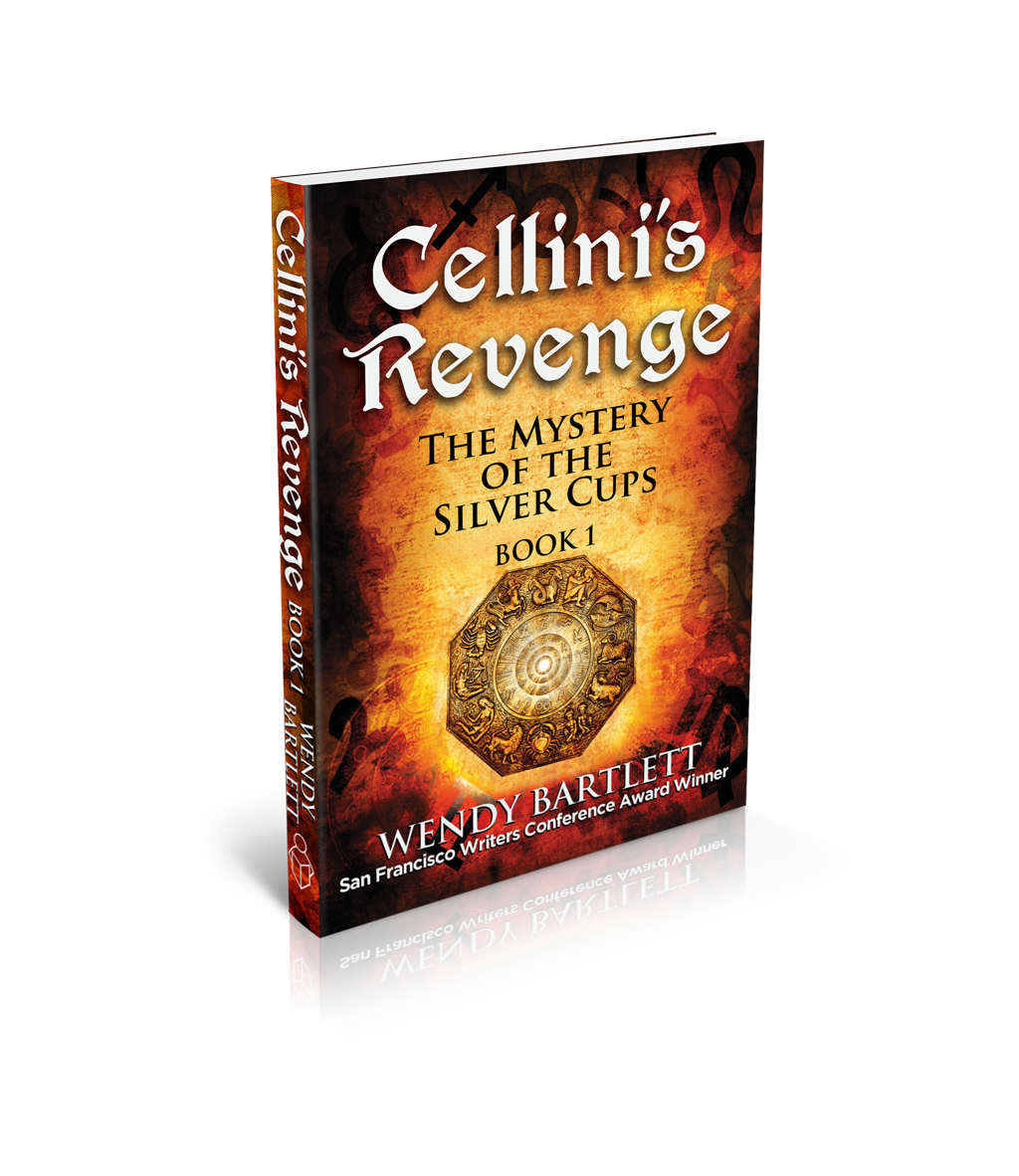 Cellini’s Revenge
The Mystery of the Silver Cups
Book 1

Cellini’s Revenge is the story of an American woman, Catherine Evans, falsely accused (but eventually convicted) of her husband David’s murder.

She finds him dead in their kitchen in England in 1956 with a knife in his side. Cellini’s Revenge is also the story of the 400-year history of twelve small silver astrological cups that are stolen from Benvenuto Cellini in 1527 in Italy as he is personally delivering them on horseback to the famous Italian family, d’Este.

In 1995, Catherine sees a program about DNA on television and decides to return to England from Vermont to find the real murderer and to fight against the injustice of being wrongfully convicted of David’s murder for which she had served twelve years in Holloway Prison.

You will be taken through four hundred years of fascinating characters who play a part in this story, not only at sea but in Rome and Cornwall, in London’s Brick Lane, Portobello Road, and the Old Bailey. Read this story so you can discover if Catherine clears her name. And look for Books II and III in the Cellini’s Revenge trilogy for more mystery, history, and intrigue.

Here’s a small excerpt from the book that captures the essence of the story:

“The cups became symbolic now, of larger things like beauty and value, art, money, greed, toys, meanings of things that people put on the cups; about people making ships crash on the rocks in Cornwall just to plunder their bounty; about the Depression and the desperation of the poor, stealing from one another; about the way people treat other people, using valuable objects to get in the way of their lives; about love and happiness. Catherine read and read and fell in love with her husband all over again, hearing his voice; this man who loved antiques, but seemed to guess at their larger meanings, of astrology, of art and creativity, and of what people would do to satisfy their greed or their need.”

A great read! Intriguing plot with a surprise ending….It’s one of those books where you develop an attachment to the characters and you don’t want it to end. Hope to find more novels by Wendy Bartlett in the future!
—Bev Tisdale, Teacher’s Assistant